'By Any Means' is available worldwide on the following online platforms:

You can also buy it on cable:

Mimi Wyatt – a C-list celeb famous for her kiss and tell story - gets kidnapped after a night-club appearance. Her kidnapper, Frank Watson, holds her hostage for a ransom of $123,000. He is a desperate man in need of cash to save his terminally ill daughter. Mimi must work out how to raise the money, but will the police believe her version of events?

Find out more about our cast here.

Frank Watson - the kidnapper - is a man in a desperate situation who will do anything to protect his family.

America's "it" girl, famous for her kiss and tell stories, is kidnapped after a club appearance and held hostage.

The shrewd, seasoned detective is assigned to the case to bring Frank to justice after the attack.

Detective Bryan's junior is also working on the case to find out what really happened in the Brooklyn basement.

Mimi's agent - Phil Cohen - is in charge of Mimi's career and acts as the middle man in ransom talks.

Officer Thomas  works at the station and is Det. Bryan's closest ally, putting in all the hard work. 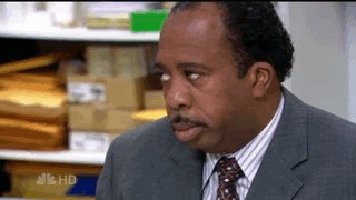 RT @top10films: The harrowing kidnapping of model Chloe Ayling last year was allegedly inspired by the film By Any Means according to her n…
View on Twitter

RT @ComSenseFem: Are female victims believed? this was the theme of @byanymeansmovie and it inspired the #chloeayling kidnapping. At least…
View on Twitter
Follow @byanymeansmovie

'By Any Means' is a gripping movie which keeps you guessing from the first moment to the last. The story is wonderfully layered and engaging, while the lead performances are simply outstanding. In a world that is so obsessed with celebrity culture and in fame being a goal for many, 'By Any Means' really digs deep to reveal the seedier side of that world. It's beautifully paced, directed fantastically and wonderfully told.

It goes without saying that By Any Means will keep you guessing until the very end, as characters' stories and motives shift and change, and its success as a film stands on the ability to build characters that engage and a story that intrigues. Read the full review here.

It sounds like a familiar premise 'beautiful female kidnapped and held hostage for ransom', but what By Any Means comes with is a little more between the ears. This directorial debut from Leighton Spence offers up a thrilling tale of sinister motives, desperate measures and tainted reputations. But By Any Means doesn't just stop there as it also manages to provide a social commentary on the current celebrity gossip driven culture that we live in and the role that the media plays in this. Read the full review here.

By Any Means isn’t your typical micro budget feature film. Usually they are savvy with their cash, and are little dramas set in some locale where people have an excuse to talk… I in fact know my own work falls into this terrible trope, and have done several things over the years in an attempt to get out of it (rarely succeeding). I’m not sure what it is, or why indie filmmakers get stuck in the ‘dialogue’ loop of plotting, but it seems to happen very often. There is though, on the rare occasion, an exception. A film which is made within a genre, but one that isn’t simply a ‘dialogue film’ stuck within a genre package. By Any Means is that exception. It is a genre film which, though featuring a heap of dialogue, is more of a film set within its own ideas of ‘action’. It is a thriller film with ample grit, but shot with a solid production polish – making it glossy, and easy to follow. This all goes hand in hand with its main successful elements: it is a solid viewing experience which doesn’t stress its indie budget, or the limitations of making a low budget film. It is for that sole reason, when looking at the stack of potential films to nominate for the Jury Award, By Any Means became a strong selection… and then a firm winner as time went on. It is a film which escapes its budgetary restrictions, all the while celebrating its own industrial understanding of the genre bite.